The Freebie Fandango – To Do or Not To Do?

That IS the question. The conventional wisdom in the marketing world is that you need free stuff, typically documents like white papers, quick start guides, cheat sheets, etc., in order to attract people into your list. You must provide value for which they will exchange their email address and voila! – they get something valuable and you get someone new on your list.

BUT BUT BUT – there is a contingent of marketing coaches who say “charge for everything, even if it’s a nominal cost.” After all, they say, you need to know who will actually spend money. Otherwise, your list will get filled up with freebie-takers who never spend a cent, and you’ll be wasting your time marketing to those people.

I have a client – right now – who is listening to me AND to one of those coaches, and here’s what he said to me, earlier today: “I still think most people who opt in to get the freebie just save it and never get back to it. If they buy something, maybe they’re more likely to actually read it.”

Most people who opt-in to get freebies do one of two things – save it in a folder on their hard drive OR print it and save it in a desk drawer (or a pile on a shelf – that’s what I did). Maybe they’ll skim through it before stashing it. Maybe they won’t.

The same thing could happen even if you’re charging some nominal fee even for that very same document. 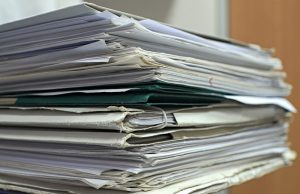 TRUTH BOMB: If you don’t have a follow-up plan, that document could end up in the “land of unread things” forever, whether you gave it for free or charged for it.

Whether you’re in marketing, sales, or the solopreneur who does it all, it’s up to you to make the connections for the people who join your list. Sometimes, that’s connecting people with what makes you special. Other times (and much more frequently), it’s simply a matter of connecting the dots for them.

Let me say that a different way: If the benefit to the READER is not IMMEDIATELY obvious to them, it’s up to YOU to connect the dots for them so that they can experience the benefit you’ve offered.

Love it, that is. But if you don’t have a solid follow-up in place, almost no one will love it. Because they won’t have read it. See?

Here’s what it is NOT:

A good follow-up plan does involve a series of emails, yes. And it involves providing even more value.

When you understand your perfect potential customer, the offers you make into the market are most likely crafted to attract them. (I sure hope!) You know their problems, fears, frustrations, and opportunities, and you create content that will be of value to THEM. 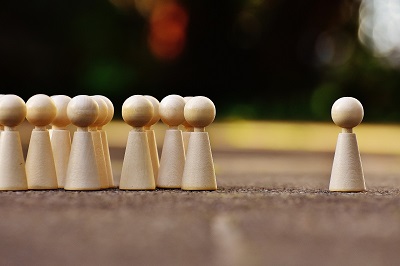 Now your follow-up plan is what nurtures them into eventually buying your left-handed scissors.

The reason most freebie-takers don’t ever buy is because they’re not ever nurtured. They’re simply not properly and respectfully led down the path to becoming a client or customer. So many marketers, sales people, and solopreneurs take them from “Hey, that person downloaded this document” to “They must want to buy RIGHT NOW so I should get a meeting immediately” in one fell swoop (or “swell foop,” as my Grandpa used to say). That comes across as another N word – “needy.” Frankly, such tactics can reek of desperation – and that is SO not a good look for anyone.

It’s your choice, of course

If you choose to offer valuable, delicious bits of downloadable content for free, you will get the freebie takers who will never buy anything from you. It’s a given. A certain percentage of the people on your list will never give you one cent of their money. Who cares? Really, what does it cost you?

What you don’t know, of course, is whether they will share with their friends who WILL buy from you. One could reasonably assume that, if they opted in for your freebie, they have some interest in the topic it covers, and they could well have associates or friends who are also interested in that topic.

If you choose to charge for every bit of your valuable, delicious content, that small contingent of marketing coaches is right – you will weed out the freebie takers. You will also weed out many people who DO have money and MIGHT spend it with you but they’re not ready to commit to a “dinner date” when they’ve only just learned you even exist. In other words, they COULD be your perfect client, but they won’t give you their money so you can attempt to prove to them you are worthy of their attention and the potential solver-of-all-that-ails-them. 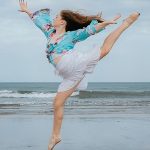 That’s the crux of it, right there.

The way to selling more is by building trust, creating an environment in which you illustrate how you impact the lives of those who choose to work with you, and by providing value at every turn.

Not everyone who walks into your “store” – virtual, physical, or metaphorical – will buy from you. That’s true. But your free offerings give you the opportunity to bring in the people who are most likely to become your clients. And that is how you sell more.

So I guess you can tell where I end up with regard to the “Freebie Fandango,” right? Offer the freebies. Provide the value.

What do you think?

Get: Great Marketing Doesn’t Have To Be Complex