Standing Out In a Sea of Sobering Email Statistics

The current email statistics are staggering. Stunning. Sobering. Like this one: by this time next year, Statista predicts that over 347 billion emails will be sent and received PER DAY. Wow! 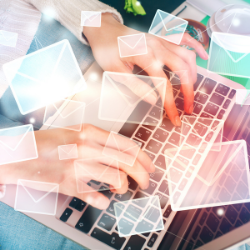 The average person received around 121 emails per day in 2019. That number is no doubt higher now, and let’s not forget that’s an average – so some people get a lot more emails than 121 and others receive fewer. That said, I’m betting if you have an email on your list, they’d be in the “more than 121” category, wouldn’t you think?

How do YOUR emails stand out in those crowded inboxes?

Start with a couple more statistics:
85% of users use smartphones to access email (according to Adobe)
42% of all emails opens in 2019 were on mobile devices (according to Litmus)

While different mobile devices show a different amount of characters for the subject line, the rule of thumb is that around 25-30 characters of your subject line will show on a smartphone screen. For desktop email clients, 40-50 characters is optimum. Your emails will need to address BOTH audiences with one subject line.

Here are some general guidelines to follow for your subject lines so you can get the attention you want with your emails:

All that said, if you have a highly responsive email list, or a list that is so large you won’t care how many people actually open your email, you can *sometimes* send out emails with subject lines that break all of those rules.

This statistic, from Email Monday, fascinates me. 70% of mobile users delete badly formatted messages in under 3 seconds.

Wow. Under 3 seconds. So, while your email system might record that the user opened the email, for sure they didn’t read it, and they didn’t click through. This is yet another reason why we keep saying that open rates are nothing to celebrate.

Other reasons that emails get deleted quickly on mobile phones include layouts that make the email difficult to read. We still see marketers, and some of them from big brands, who send out emails that are entirely images. Those get terrible response on mobile. Focus on the content – not the pretty pictures – and for sure not the multi-column, multi-color, multi-image emails. 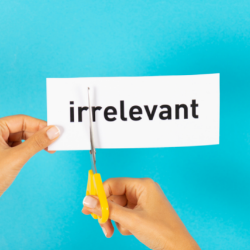 Always Be Relevant – to the READER

The other big reason that emails get deleted quickly is because the message isn’t important to the recipient.

Sending irrelevant emails begins a cycle that you don’t want to happen to you. You send an email that isn’t relevant to the reader. They delete it. You send another. They delete it. Before you know it, not one of your emails to that person is getting to their primary inbox. They’re moving into the “other” or “promotional” folders and eventually straight to the spam folder. Even when you finally send an email that IS relevant to that recipient, they won’t see it – because you’ve lost the privilege of being in the primary inbox.

Don’t let that happen to you!

This is why we harp on being relevant. Segment your leads so you’re only sending emails that will be of interest. And always remember… people want to read emails about THEM, not about YOU. If your email starts with the word “I” or “We,” rework that opening line so it’s about your reader.

And please, I beg of you, refrain from sending emails about a new website, a new hire, a new acquisition, some award you’ve won… people don’t care about these things unless they directly impact them. So if you DO send emails like that, you must make the topic relevant for the reader.

According to Optin Monster, 58% of adults check their emails first thing in the morning. Compare that to only 14% who check social media first. Does that mean you should send all of your emails at 6AM? Not necessarily.

First off – every time you read a study that tells you the optimum times to send emails – don’t send emails at those times (because everyone else will be). 🙂

The best way to optimize your send times is to test with your own audience, track your opens and clicks for each send time, and determine what will work best for you.

One tip – you can send an email at X time, then two days later send the same email to people who didn’t open the first one – at a different time of day. That can make for a very interesting test. 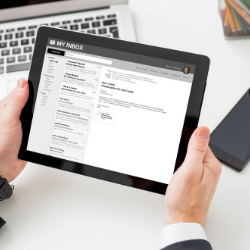 You can stand out among the 100+ emails people receive every day. Spend time on your subject line. Focus on being relevant. Keep your emails clean so you don’t get bit by mobile formatting. Optimize your send times for YOUR audience.

Email still has the best response rate of any marketing channel – beating social media by a staggering percentage. And, according to Adobe, 50% of consumers prefer to hear from brands via email. Social media is only preferred for 7% of consumers.

Frankly, social media is more of a “spray and pray” approach, where email marketing can be laser-targeted to those who are most interested in what you have to say.

And those are the people who are most likely to become your customers.