No, it’s Not You…Digital Marketing IS Nuts!

And you know what, it never seemed to be that complicated if you simply followed the 4 P’s of marketing – price, product, promotion, and place. It’s a simple formula everyone intuitively understands.

So why on earth does it seem so hard to market and sell something online today?

Personally, my gut feeling is that technology is the culprit.

Like most people, I often find myself grasping at straws trying to comprehend and assimilate all the different technology options available today.

And that’s a hell of a thing to say considering I have been in the digital tech space since the mid-1990s.

I remember working with Wells Fargo on the “new technology” team where we tried to wrap our heads around this thing called “the internet”, and how it could be leveraged to expand market success.  What cost $1.6 million to put in place back then, can be done for a few thousand today.

My how far we have come!

We have a million and one applications for the internet in our daily lives. In fact, it’s so intertwined, it’s a wonder how we ever did without it.  It reminds me of the first microwave my family got when I was a kid.  We didn’t think we used it much, until it broke down… lol.

Along with the explosion of the internet and technology, came the wave of creative thinkers finding ways to leverage it for marketing and sales.

And off the back of that, thousands of new applications and platforms were developed.

The total number of these is staggering, as this infamous infographic by shows. 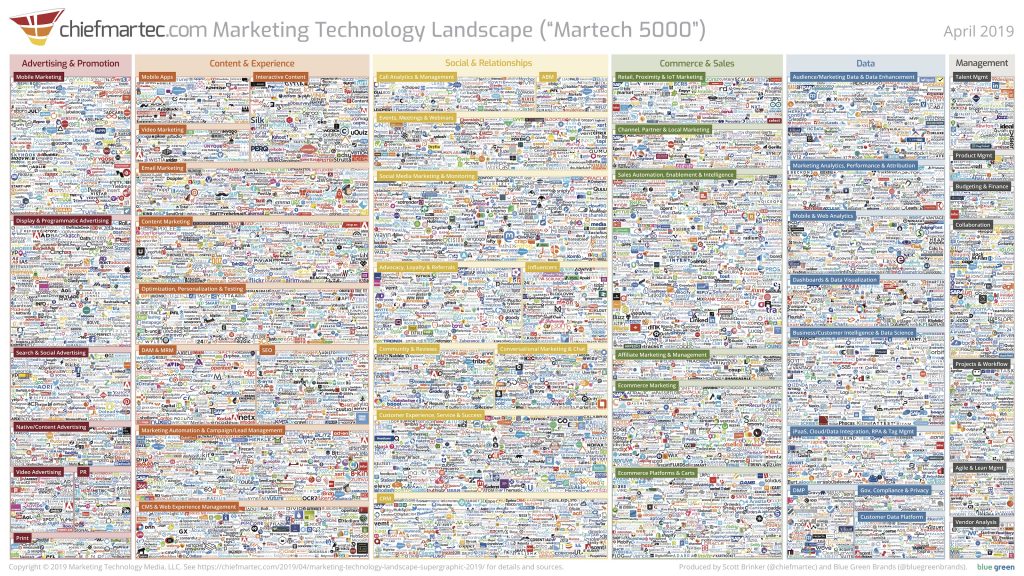 Yup, that’s right. There are now over 7,000 different technology options available in the digital sales and marketing space.

And in case you’re curious how this all happened, here is a play by play of how we got here. 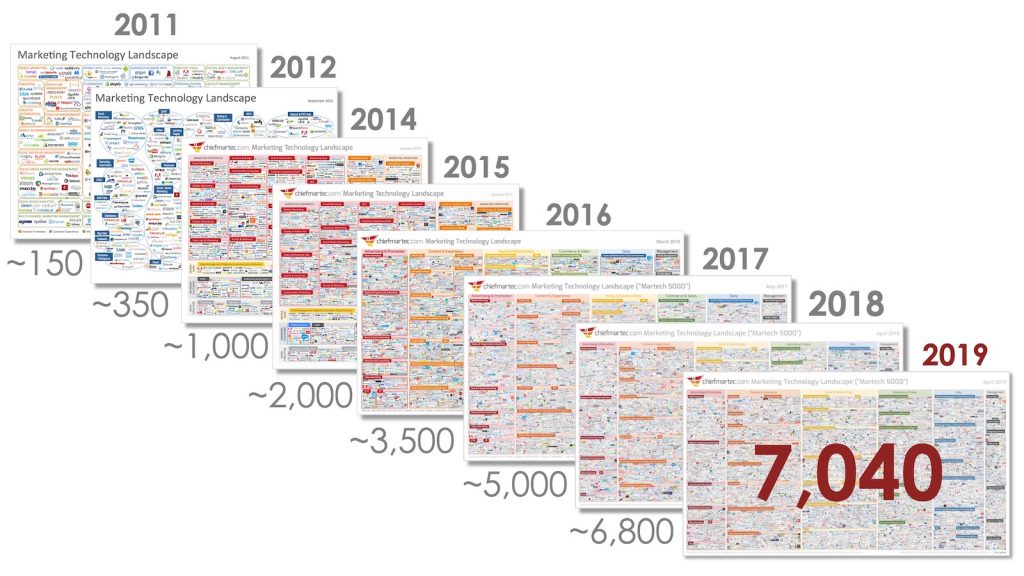 Just to give you some perspective, I founded Genoo back in 2008 – and it has been my challenge to keep up with all this ever since.

Afterall, Genoo and Word Press Marketing Engine are the glue that holds everything together for our clients. So, we need to make sure that we understand the other players in the market and can integrate with them.

I tell you what, it has been a hell of a task! But I have also learned a LOT along the way.

The biggest realization I got was that new doesn’t always mean better. I have seen enough shiny objects come and go to know what’s worth paying attention to.

I also understand the value of getting the basics right and building a solid foundation for the future…whatever it may bring.

This is how Genoo and its lite version, WordPress Marketing Engine, has been able to withstand the test of time and still offer industry-leading features (without the premium price tag).

When some gurus are publicly saying their email open rates are down the toilet “in single digits” – ours and our clients are as healthy as ever!

Why? Because we have continuously adapted to the landscape and treated leads like actual real, living, breathing, feeling and thinking humans instead of pawns in a numbers game. And we have shaped the technology around this.

So, what I am trying to say is, marketing doesn’t need to be so hard.

If you focus on the 4 P’s of marketing – price, product, promotion, and place – and treat leads like real people then you are 80% of the way there.

The other 20% doesn’t need to be that hard either.

In a world of too many media platforms, too much information, shorter attention spans and ever-increasing advertising costs email marketing (when done right) is STILL the most cost-effective marketing channel.

So why not start there?

Get: Flow of Marketing Map Decoded!